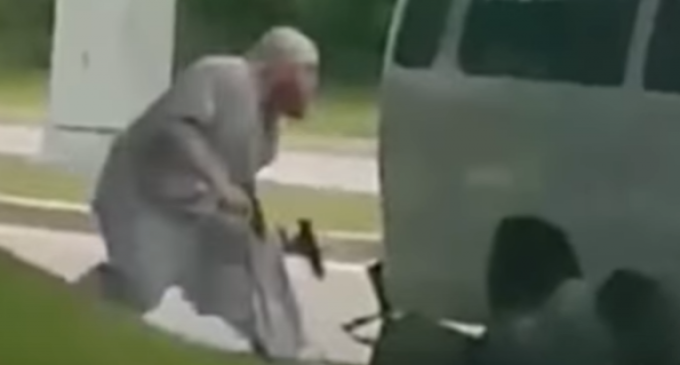 The folks at Active Self Protection (ASF) promote gun safety and effective self-defense with firearms in a variety of ways, but often rely on actual videos to demonstrate key lessons.

A recent shootout between police and a robber in Dundalk, Maryland, just outside of Baltimore, provides a range of helpful tips for surviving out-of-control situations.

The ASF instructor claims it’s one of the craziest gunfights he’s ever seen. With video available from multiple angles, it rivals anything seen in movies.

The shootout began after the robber fled the scene and boarded a public bus. Bystanders notified police who quickly responded in three cruisers and blocked the bus’s path. That’s when the fireworks started and the general public was in more danger.

Find out the simple mistakes made by police that may have prolonged the shootout, but they ultimately came through displaying great courage and fortitude. The story unfolds on the next page.