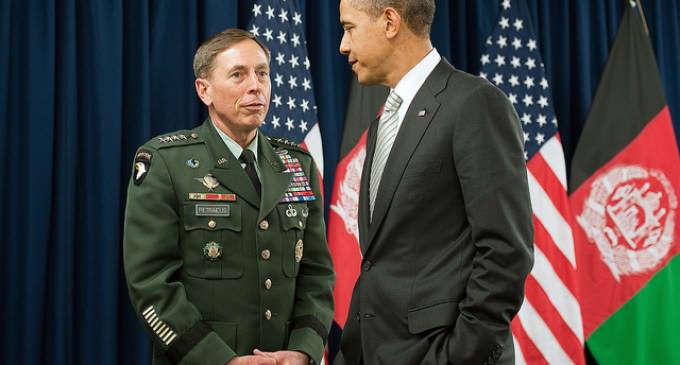 Representative Louie Gohmert, R-TX, stated recently that General Petraeus knows information that “would destroy any credibility that this administration might still have nationally and internationally” regarding Benghazi.

Benghazi was an operation by Obama to arm ISIS, which he continues to do by various means.

It was recently revealed that the contemptible Attorney General Eric Holder, who is somehow still in office months after announcing his resignation, has directed the Department of Justice to review a potential prosecution of retired General David Petraeus.

Petraeus was forced to resign in disgrace from his position as head of the CIA after allegations of an affair with his biographer, in which he may have shared classified information with her.

But many people suspect that Petraeus was forced out by the Obama administration and is being blackmailed into staying silent on what he knows about the Benghazi terrorist attacks.

One of those persons is Rep. Louie Gohmert (R-Texas), who believes that General Petraeus is being targeted and bullied by the Obama administration. (H/T Reagan Coalition)

Gohmert stated on the House floor that he believes Petraeus knows information about the 2012 Benghazi terrorist attack that “would destroy any credibility that this administration might still have nationally and internationally.”

He said that the Obama administration has been holding the threat of prosecution over the General’s head for the past year and a half in order to force him to stay silent.

This threat of potential prosecution is also damaging to Petraeus’ credibility, something the Obama administration is counting on as well to compel his silence.

Gohmert finished up by comparing the abuses of the Obama administration to the Nixon administration, noting how President Obama has done things that Nixon could have only dreamed of actually doing, like weaponizing the IRS to go after political enemies.