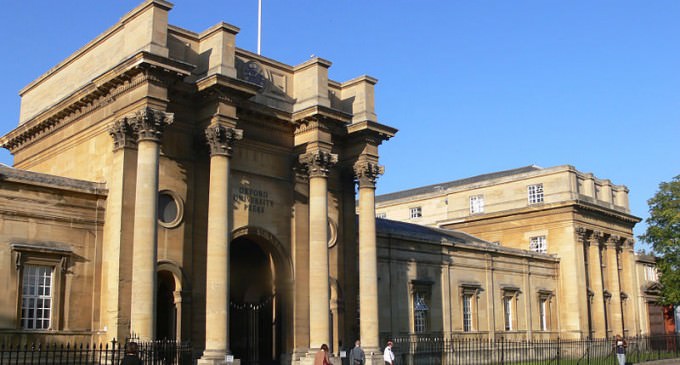 Oxford University Press (OUP), the largest university press in the world has warned its authors not to mention pigs, bacon, pork or “anything else which could be perceived as pork,” in their books to avoid offending Muslims and Jews.

Freedom worldwide is being quickly killed off and one of the prized weapons used is ‘political correctness’.

Think about how infected educational systems are around the world when authors at a top university can’t even write about an common animal because someone might get offended. It’s truly ridiculous.

Once this type of intolerance of others is deemed acceptable and the norm, which it currently is, oppression and violence are right around the corner because hypersensitivity becomes infinite.

Of course, oppressive leaders and governments not only know this, they create a this type of wimpy culture because then they can come in with the ‘solution’ of controlling the populace who has become so utterly sensitive they can’t control themselves.

The move was revealed during a discussion on free speech during BBC Radio 4’s “Today,” following last week’s terror attacks in Paris.

“I’ve got a letter here that was sent out by OUP to an author doing something for young people.” Presenter Jim Naughtie said. “Among the things prohibited in the text that was commissioned by OUP was the following: Pigs plus sausages, or anything else which could be perceived as pork.

“Now, if a respectable publisher, tied to an academic institution, is saying you’ve got to write a book in which you cannot mention pigs because some people might be offended, it’s just ludicrous. It is just a joke,” he said.

The move was condemned by Muslim Labour MP Khalid Mahmood, the Times reported.

“That’s ludicrous,” he said. “That’s absolute, utter nonsense and when people go too far that actually brings the whole discussion into disrepute.”

OUP defended the move by saying it needs to make its books available to the “widest possible audience.”

“Many of the educational materials we publish in the U.K. are sold in more than 150 countries, and as such they need to consider a range of cultural differences and sensitivities,” a spokesman told the Daily Mail. “Our editorial guidelines are intended to help ensure that the resources that we produce can be disseminated to the widest possible audience.”

In a statement later, the company said its commitment to “academic and educational excellence” is “absolute,” the London Evening Standard reported.

“Our materials are sold in nearly 200 countries, and as such, and without compromising our commitment in any way, we encourage some authors of educational materials respectfully to consider cultural differences and sensitivities, the statement read. “Guidelines for our educational materials differ between geographies and do not cover our academic publishing.”

A spokesperson for the Jewish Leadership Council said, “Jewish law prohibits eating pork, not the mention of the word, or the animal from which it derives,” The Times reported.