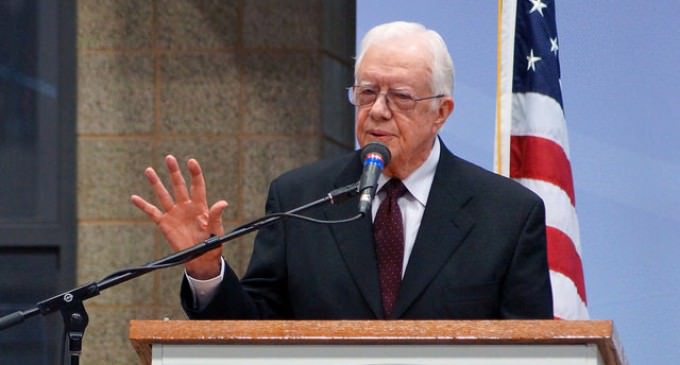 Not mentioning the fact that the Quran specifically states that anyone who violates Sharia law should be killed, Jimmy Carter instead blames the recent terrorist attacks in Paris ‘Palestinian Problem.’

“Well, one of the origins for it is the Palestinian problem,” Carter stated . “And this aggravates people who are affiliated in any way with the Arab people who live in the West Bank and Gaza, what they are doing now — what’s being done to them. So I think that’s part of it.”

So, Israel forced this satirical magazine to portray Muhammad? Don't think so…