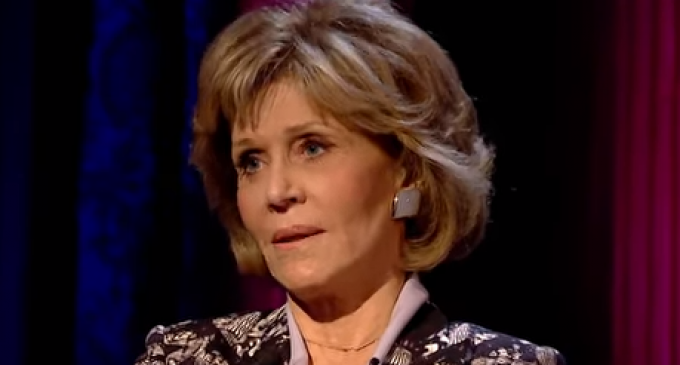 This article is for those who are 30 and younger and weren't alive, nor are they aware of a time, when Jane Fonda, Leftist actress, visited North Vietnam during the height of the Vietnam War to basically protest US involvement there.  For you who are younger, let's get a few things out there.  First, when I say Leftist actress, that is actually an oxymoron, meaning you can't be an actress in today's media (who isn't blacklisted) without being a Leftist.

Secondly, Jane Fonda was an actress who was minimally talented, but had a great acting pedigree from her father, Henry Fonda.  Therefore, despite her talent's shortcomings, she was given a sort of free pass when it came to expressing herself.  If you doubt me, look at her father's work in “12 Angry Men” (a must see) versus her work in “Barbarella.”

Fonda, like all proclaimed Communists, decided to travel to North Vietnam for a visit that she now claims was to just draw attention to the US bombing of levies that “would have killed two million people.”  Failing to mention the fact that North Vietnamese were already committing genocide on their own people in South Vietnam, Fonda, in essence, took the opportunity to attend one infamous ceremony where she posed in front of a soldier holding an anti-aircraft rocket launcher and received a backlash from veterans like virtually no other.

Read on the next page how Fonda, in an interview on BBC at the ripe old age of 78, has opted to paint over the truth and offer an alternative facts-based Fake News version of what really happened while on that visit that earned her the nickname of “Hanoi Jane!”