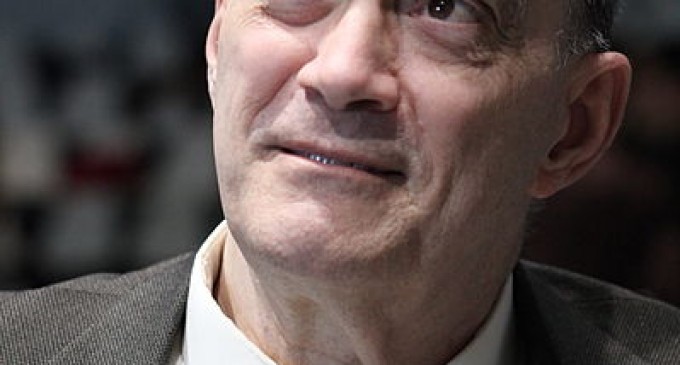 Bill Binney, a 32-year, high-ranking NSA veteran admits that that the United States is a full-blown police state.

This is the man who created the agency’s mass surveillance program for digital information.

Not only does the NSA spy on virtually everything we do, it has sent highly confidential, personal information of citizens to other countries, like Israel and the UK.

Some say, “so what, I’m not doing anything wrong so it won’t affect me.” This is quite a narrow point of view mainly 2 reasons:

1 – There are so many laws on the books, virtually everyone breaks laws everyday without knowing it. So if someone in the government did want to ‘put you in your place’, they could. You are not truly free like this.

2 – This information is being collected in order to silence those who would oppose the government as the country descends into a totalitarian state. Anyone who voices decent will have crimes on record that they can be persecuted with. They might not come after you specifically, but they certainly will come after those who defend your rights, even if you won’t.

Bill Binney is the high-level NSA executive who created the agency’s mass surveillance program for digital information. A 32-year NSA veteran widely regarded as a “legend” within the agency, Binney was the senior technical director within the agency and managed thousands of NSA employees.

Binney has been interviewed by virtually all of the mainstream media, including CBS, ABC, CNN, New York Times, USA Today, Fox News, PBS and many others.

Last year, Binney held his thumb and forefinger close together, and said:

We are, like, that far from a turnkey totalitarian state.

But today, Binney told Washington’s Blog that the U.S. has already become a police state.

By way of background, the government is spying on virtually everything we do.

This is a bigger deal than you may realize, as legal experts say that there are so many federal and state laws in the United States, that no one can keep track of them all … and everyone violates laws every day without even knowing it.

The NSA also ships Americans’ most confidential, sensitive information to foreign countries like Israel (and here), the UK and other countries … so they can “unmask” the information and give it back to the NSA … or use it for their own purposes.

The main use of the collection from these [NSA spying] programs [is] for law enforcement. [See the 2 slides below].

These slides give the policy of the DOJ/FBI/DEA etc. on how to use the NSA data. In fact, they instruct that none of the NSA data is referred to in courts – cause it has been acquired without a warrant.

So, they have to do a “Parallel Construction” and not tell the courts or prosecution or defense the original data used to arrest people. This I call: a “planned programed perjury policy” directed by US law enforcement.

And, as the last line on one slide says, this also applies to “Foreign Counterparts.”

This is a total corruption of the justice system not only in our country but around the world. The source of the info is at the bottom of each slide. This is a totalitarian process – means we are now in a police state.

Here are the two slides which Binney pointed us to: We asked Binney a follow-up question:

You say “this also applies to ‘Foreign Counterparts.’” Does that mean that foreign agencies can also “launder” the info gained from NSA spying? Or that data gained through foreign agencies’ spying can be “laundered” and used by U.S. agencies?

For countries like the five eyes (US, Canada, UK, Australia, New Zealand) and probably some others it probably works both ways. But for others that have relationships with FBI or DEA etc., they probably are given the data to used to arrest people but are not told the source or given copies of the data.