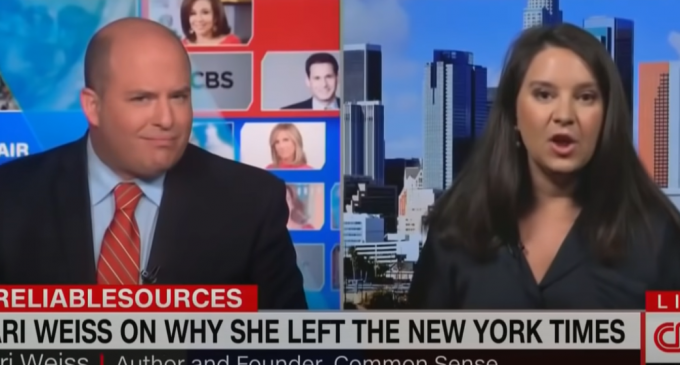 You know someone had to lose their job over this one.

In a stellar interview over the weekend, a former New York Times journalist told CNN's Brian Stelter on “Reliable Sources” that networks such as CNN have shut down open and free speech throughout society in the promotion of cancel culture.

It's been less than a week that CNN had a lot of damage control after their chief medical correspondent, Sanjay Gupta, was taken to task by Joe Rogan over the mainstream media's coverage of Rogan's treatment strategy that included a ‘horse dewormer'.

Now Stelter made the mistake of allowing former NYT Editor Bari Weiss on air to discuss examples of her assertion that ‘the world has gone mad.'

That was Stelter's first mistake. His second was to allow Weiss to elaborate. After seeing her very articulately challenge commons CNN narratives, it's a surprise that he made a final mistake: asking her who is to blame.

It's a wonder that her feed wasn't ‘accidentally' lost?