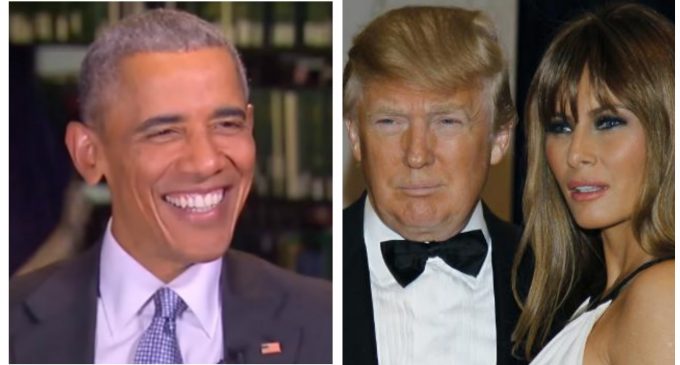 President Obama may be on his way out of office, but he is not going out without making clear his contempt for the man selected by Americans to replace him.

During the campaign, Michelle Obama told liberal audiences that the difference between them and Trump supporters was that while their opponents “go low”, they went high. As anyone who has actually had the misfortune of interacting with Democrats for the past year can tell you, this was so transparently false that one is almost shocked the First Lady didn't have a stroke after saying something so patently removed from reality.

But instead of learning to examine the log in their eye before criticizing Republicans, the left doubled down on their vitriol, endlessly spewing it right up until Trump's victory on Tuesday. Judging by the reaction of their leader, it appears have learned nothing from their past behavior.